Ground: the most misunderstood and misused word in the engineer's lexicon.

In the beginning (as far as radio and electronics is concerned) there was the electric telegraph.

The basic circuit consisted of three parts connected in series; a battery, an electromagnet (the "sounder") and a switch (the “key".)  The key would be at one end of the circuit, the electromagnet at the other.

The system at first used two wires but it was quickly realised that one of them could be replaced by using the Earth as one conductor.

And then Marconi said, “Let there be radio.”

You will have noticed (won’t you?) that both times I mentioned Earth I also used the definite article.  Yes; the planet on which we live.

The ubiquitous, misunderstood and frequently misused ‘ground’ had not yet made its potentially lethal way into our technical jargon.

It won’t go amiss to say here that, in an electrical/radio/electronics sense, Earth means not just a conductive connection to the planet but a very low resistance connection, and in the case of a.c. a very low impedance connection at all frequencies being considered whether they be 50 or 60Hz or microwaves.


Older radio receivers needed a connection to Earth to improve antenna efficiency and later, when they became mains operated, in the interests of safety too.

Eventually someone, somewhere, possibly because they thought it was clever, possibly because of grammatical sloppiness, introduced the word ‘ground.’  (Since its use is confined mainly to the U.S.A. I must make the reasonable assumption that it was there.)

Which was most unfortunate. It is much less evocative than the original, genuine, accept-no-other, Earth.

My use of the upper case E should by now have served the purpose of drawing attention to something of paramount importance, so I shall now drop it in deference to convention.

Use of the word earth, or the less satisfactory ground, was, as long as radios and other items were mains powered, quite unambiguous.  The chassis of most, if not all, older radios were connected to earth.  Furthermore it was and still is common practice for one side (or pole) of the receiver’s power supply to be connected to its chassis and therefore to earth.

It was quite usual in the service environment to speak of measuring a voltage within a radio between such and such a point and earth, or ground. Both words being synonymous.

With the advent of portable battery operated radios (and the development of ferrite rod antennas) the earth connection, at least on those receivers, disappeared.  The old habit of referring to the receiver’s chassis as ‘earth’ or ‘ground’ didn’t.

As a not too successful palliative, the expressions ‘earth ground’ and ‘chassis ground’ were introduced.  And there ended synonymity.

What a ridiculous situation.  If you need to say "earth ground" or "chassis ground" - and you DO need to in order to convey what you really mean, then why not drop the silly and confusing "ground" and simply say "earth" or "chassis" and, if necessary, say whether or not the chassis is, or should be, earthed.

So common is the use of the word "ground" - it tumbles out of peoples mouths like a ritual - without stating what is meant, that I suspect that it is either taught or simply copied from other people who are imprecise with their terminology.  In the former case the teachers need their heads banging together.

We even have people talking about the 'positive of a battery and its "ground".  Stupid, unthinking, and totally wrong and misleading.

Even more unfortunate is the fact that most people who use ‘ground’ don’t bother to state which ‘ground’ they mean, if, indeed, they understand the difference anyway  (and I'm quite sure that many of them don't).    It’s just part of the jargon which people use unthinkingly.

And that really is potentially fatal.

Unthinkingly.  Yes, very much so.  I well remember in one of Racal’s technical handbooks, one pertaining to an airborne radio, that a certain pin on one of its connectors was the ‘earth’ pin.  Earth?  In an aircraft?  Just how sloppy/stupid can people be?

Now, have a look at these.

What, and why, would you call "ground" in any of these 7 pictures? 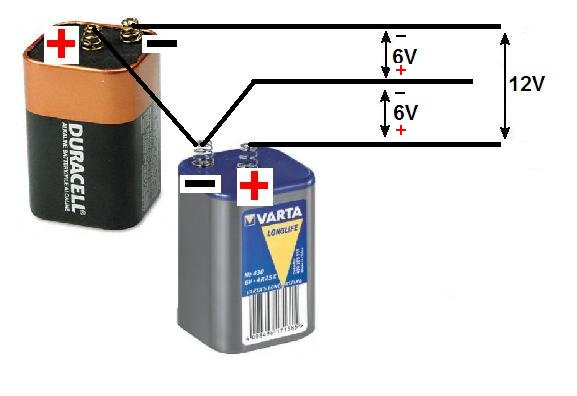 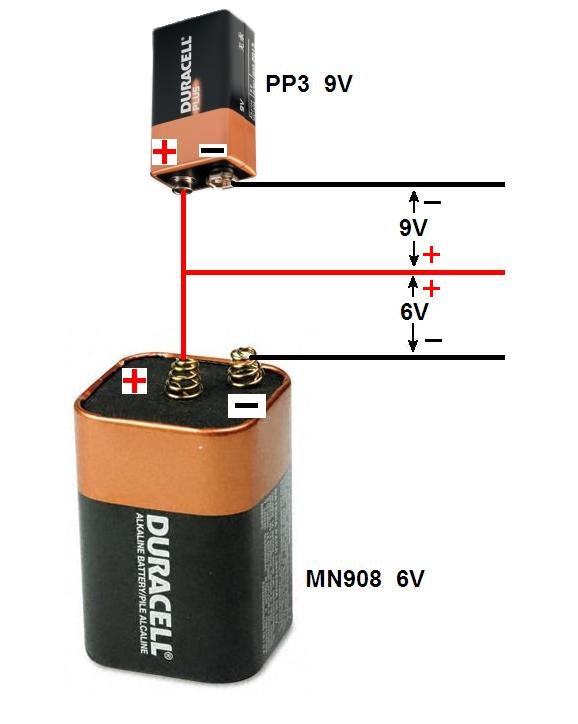 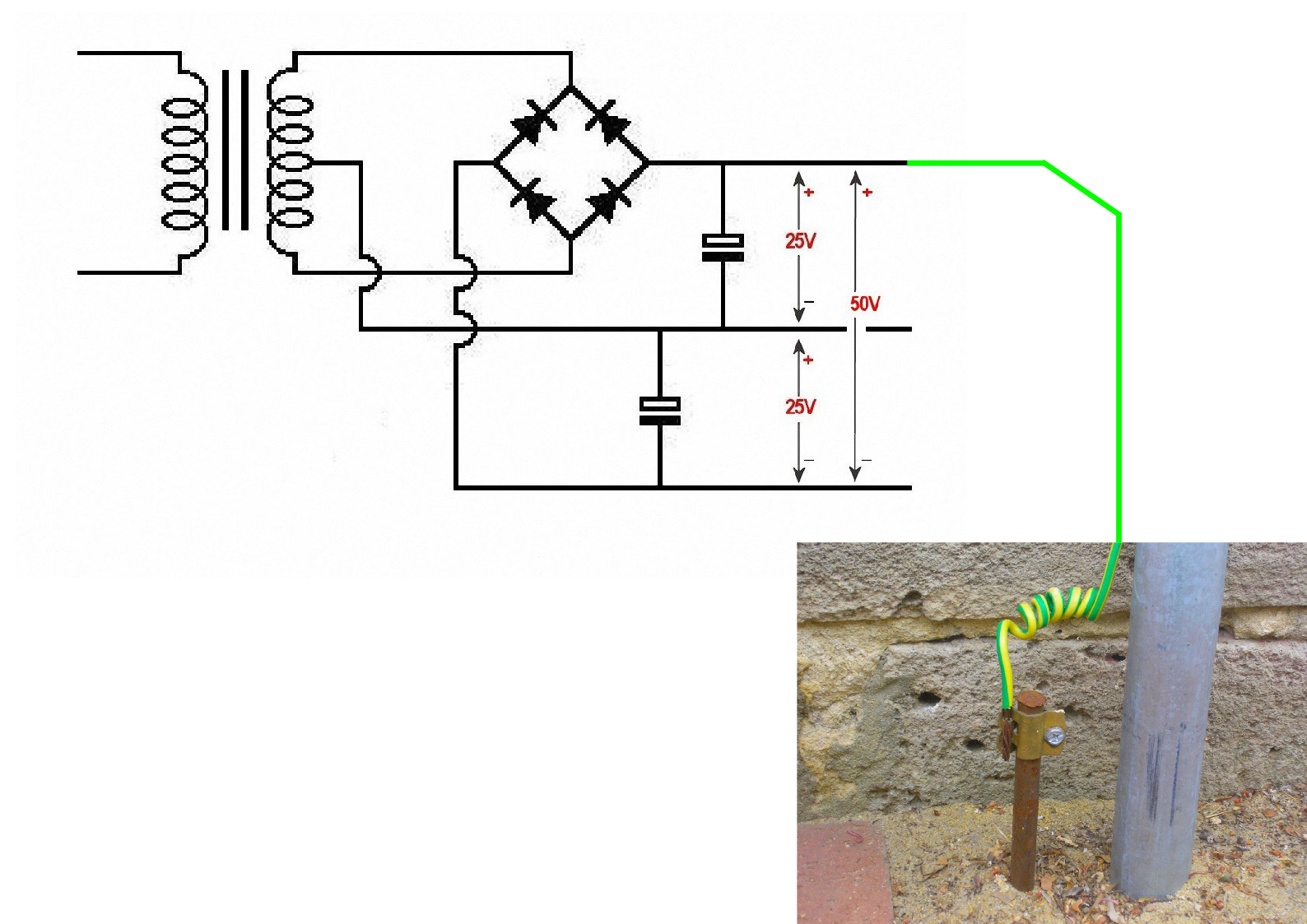 There is equal confusion between the diagrammatic representations of earth and chassis.  The former being grouped horizontal lines whose lengths diminish from top to bottom.  The latter is one horizontal line with short diagonal lines hanging from beneath it.  Check out the very earliest circuit diagrams of radios.

Look at most semiconductor manufacturer’s data sheets or application notes.  They are littered with earth symbols.

Which brings me to another point.

Whenever I draw a circuit diagram or whenever I speak about a circuit I avoid as far as is possible the word ground.

I will sometimes, but not always, use the chassis symbol in a diagram. In many cases it is simply not necessary.

I usually label the circuit/power supply common connection as 0V.  If the application is a road vehicle I will label it chassis.
In a written or verbal description I say 0V or chassis.

Some people don’t understand this, so ingrained is their habit of using ‘ground’ or ‘earth.’  But I stick to my guns.  I would rather someone ask than indulge them in their common and imprecise jargon.

One of the problems is that people are taught by other people who know no difference (or better) and it is not until much later that they might encounter someone who deliberately or otherwise challenges their cherished beliefs.

I can not and will not accept fatuous arguments supporting something because "lots of people have done it like this for a long time."  All that does is preserve and propogate myths and misunderstandings.

Old habits, particularly bad ones, die hard.  It is nigh on impossible to get someone to even contemplate that they just might be wrong.