Tremolo, vibrato, a.m. and f.m?  Closely related actually, despite the former two being associated with pressure (sound) waves and the latter two with electro-magnetic (radio) waves.

Watch, and listen to, this 10 second clip.

It's still a 700Hz tone, but its amplitude is being successively increased and decreased.

In a sound wave this is called tremolo.  In a radio wave it is called amplitude modulation (a.m.)  They're the same thing.

And now this clip.

Still, basically, a 700Hz tone, but its frequency is being swept higher and lower around the nominal 700Hz figure.

In a sound wave this is called vibrato.  In a radio wave it is called frequency modulation (f.m.)  They're the same thing.

Many musicians are confused over tremolo and vibrato.  It should come as no surprise, therefore, that the people who mess around with our dictionaries are too.

Ok, have you just scurried off and consulted yours?  They may have got near the mark with vibrato but I bet they have much more to say about tremolo and I bet it isn't as simple as the correct definition which I have just given.

Your dictionary isn't always right.  While some countries fiercely defend their language against misuse and at least one even has a national institute to protect it, we don't, and our dictionary editors are quite happy to follow the illiterate herd and meekly modify meanings in accordance with the latest fads, fashions and grotesque linguistic abberations. 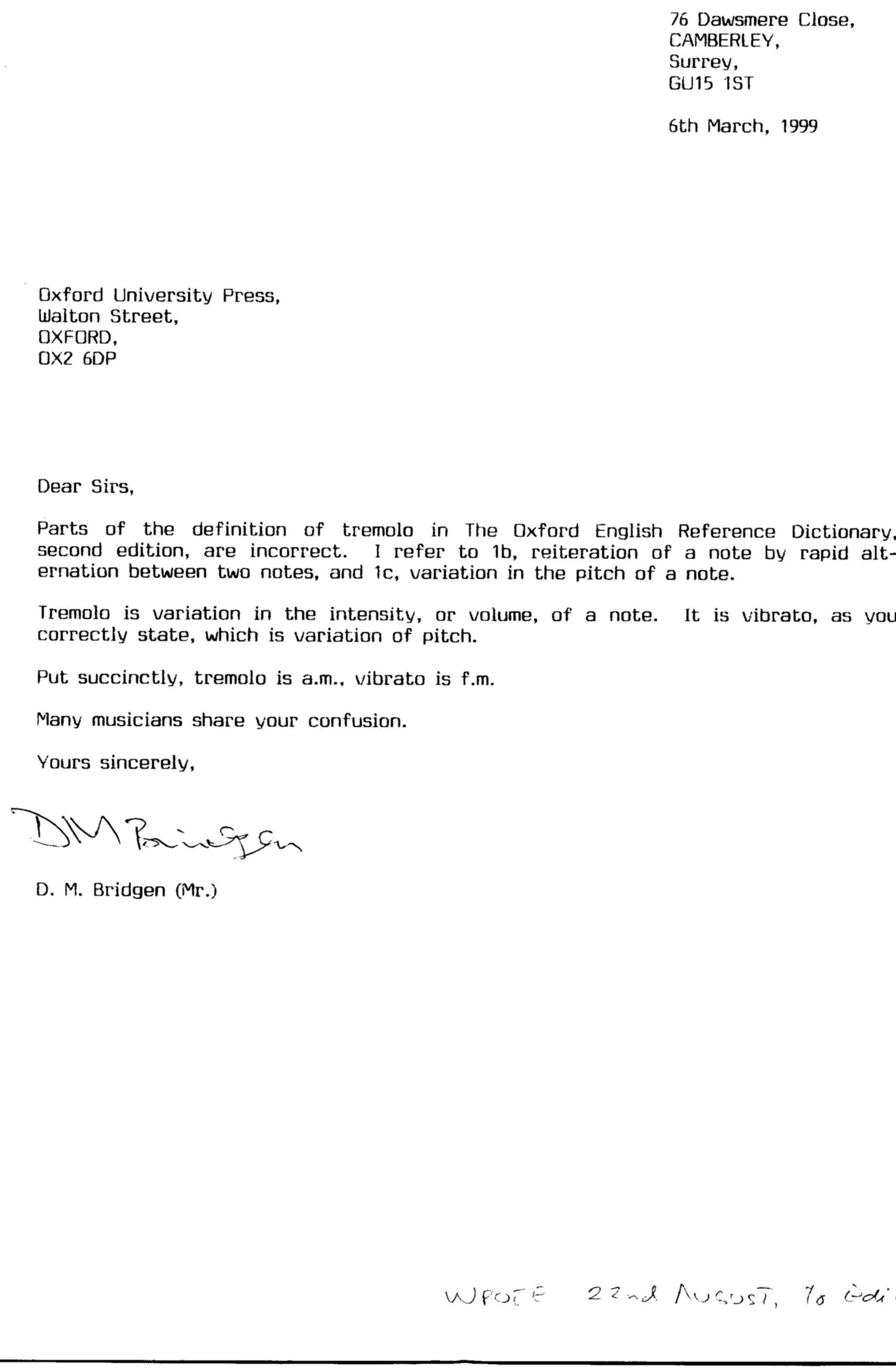